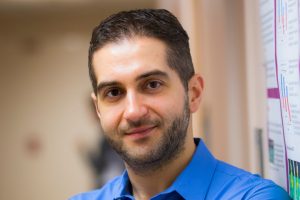 I work at the intersection of robot planning, learning and perception. I am interested in designing practically efficient algorithms that make robots solve tasks in the real-world in a way that allows to argue about properties and the conditions under which the methods work. Some of the problems that  my group is currently working on include:

Kostas Bekris is an Associate Professor of Computer Science at Rutgers University in New Jersey and an Amazon Scholar with the Amazon Robotics AI team since 2019. He is working in algorithmic robotics, where his group is developing algorithms for robot planning, learning and perception especially in the context of robot manipulation problems. Applications include logistics and manufacturing with a focus on taking advantage of novel soft, adaptive mechanisms. His research has been supported by NSF, DHS, DOD and NASA, including a NASA Early Career Faculty award.